Vallabhbhai Jhaverbhai Patel (31 October 1875 – 15 December 1950) was an Indian barrister and statesman. He was addressed “Sardar”, who played a leading role in the country’s struggle for independence and guided its integration into a united, independent nation. As the first Home Minister and Deputy Prime Minister of India, Patel made efforts to restore peace across the nation. Patel’s commitment to national integration earned him the sobriquet “Iron Man of India”. However, this iron man’s tenderness towards India’s under privileged tribe can be seen in Maroli, where he became the founder trustee of Kasturba Sevashram, in 1930. Patel was posthumously awarded the “Bharat Ratna”, India’s highest civilian honor, in 1991. It was announced in 2014 that his birthday, 31 October, would become an annual national celebration known as “Rashtriya Ekta Diwas” (National Unity Day). 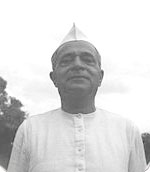 Mangaldas M. Pakvasa, મંગળદાસ પક્વાસ (Bombay, 7 May 1882 – 6 November 1968[1]) a freedom fighter and one of the first five Indian Governors, served as the first President of the Bharat Scouts and Guides from 1953 to November 1960.

He was Governor of Madhya Pradesh, Bombay and Mysore, and a confidante of Mahatma Gandhi. Born in Famous Pitit family of the Parsi community in Mumbai, Ms. Mithuben came in contact with Pu Gandhiji in 1916 during his freedom movements. She was involved in movements to promote khadi and alcohol shop picketing movements in Surat with Pu Gandhiji and became an integral part of Bardoli satyagraha with Mr Sardar Patel in 1928. She also had to face with imprisonment for being a part of freedom movements. 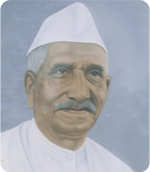 He became an interrogated part of the various freedom movements such as the home rule movement, Rowlatt Act, Bardoli Satyagrah and Dandi March. Came in association with Ms. Mithuben at the Kasturba Sevashram and through that he became a social movements for the improvement of adivasis and other Ashram activities.

Post independence he became the speaker of Gujarat – Mumbai legislative assembly and became a chair person for the Gujarat Legislative assembly post separation from Maharashtra in 1960. He always wanted to work for the improvement of needy and backward people, he dedicated his life with Kasturba Sevashram and it’s activities 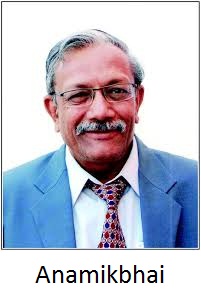 This mission did not had the torchbearers for quite sometime…